My manager is always picking on me. No matter what I do, I am, always wrong. She doesn’t give clear instructions, then is angry that at I haven’t completed the tasks she wanted, although she hasn’t defined them to me. She belittles me in front of others, picks on me in meetings. She tells lies about my performance and says that I took unauthorised leave, when I completed the appropriate forms and handed them to her. 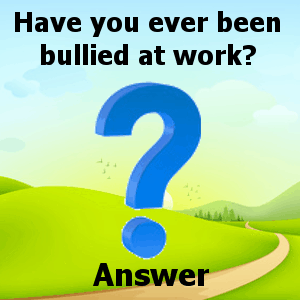 This type of scenario is a very common problem. How to deal with it in your situation depends very much on the type of employment legislation that is in place.

If you are in a first world country and have a Union, an employment contract, an employment handbook, then it is relatively straightforward to use the documentation to address the problem.

If you are in a country where there is little or no employment protection, then it is virtually a case of every man for himself.

We will have a look at both scenarios. In either case though, it is advisable to keep a diary for a few weeks, where you make a factual, unemotional, record of occurrences. Note the date and time, the issue, names of witnesses, your actions, their reactions. Once you have a record of a few incidents, it will be time to tackle the problem. Always be aware though that “once the genie is out of the bottle, you won’t be able to put it back”.

You may need to put up with the current situation, or look for another position if things do not go well once you have brought the subject up.

In this case, you need to decide which road you want to go down. Think it through. The situation may become untenable if you adopt the formal approach.

If you decide to go down the informal route then ask your manager if you can have a chat with her. Make some notes before the meeting, of bullet points you want to cover during the meeting.

These should include, I would suggest;-

You need a concrete example of each point, with dates and witnesses if possible.

Be cool, calm and collected, and try to explain what the problem is, using the examples you have collected in your diary.

Your objective is NOT to prove her wrong, or to score points, but to explain that you feel there is a miscommunication between you, and you want to clear that up so that you can work better together and she feels that your performance has improved.
Take notes during the meeting, and after the meeting write up your notes carefully.
This may work and the problem may be resolved with a little effort from you both.
If not you need to make a more formal approach, by involving either her line manager or your union representatives, if that is an option.
If you are in a country where there is little or no employment protection, and her line manager is not helpful or sympathetic, you may need to look for another position.