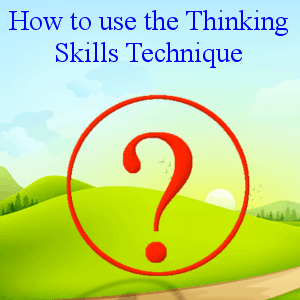 Or How to play the 6 hats game

This is a technique developed by Edward De Bono, described in his book Six Thinking Hats. He is a designer of constructive and conceptual thinking methods.

The 6 Thinking Hats process is often used as a tool to facilitate a change management programme or to introduce fresh thinking to break a deadlock where a management team is in dispute about the way forward.

Six coloured hats are used as metaphors for each thinking direction. A facilitator or chairman leads the meeting and directs the process. Switching to a direction is symbolized by putting on a colored hat, either literally or metaphorically. These metaphors allow for a differentiation of the thinking directions.

6 coloured hats are used, each depicts a separate emotion or thinking direction.

The technique can be used for example, to facilitate a group discussion on planned changes. It allows groups to plan thinking processes in a detailed and cohesive way, and to think together effectively.

Using a variety of approaches in turn allows the group to address the issue from different perspectives, but everyone explores the same perspective at the same time
Without the hats, often one person is thinking about the benefits while another considers the facts and so on. Due to the power of the ego and our predilection to black hat thinking, many meetings are very destructive

The thinking hats allow this to be avoided so that everyone thinks together in the same direction. The group tends to be more collaborative than if one person is reacting emotionally (Red hat) while another person is trying to be objective (White hat) and someone else is being critical.

In ordinary, unstructured thinking this process is unfocused; the thinker leaps from critical thinking to neutrality to optimism without structure or strategy. The Six Thinking Hats process attempts to introduce parallel thinking.

So the meeting may start with everyone metaphorically wearing the Blue hat to discuss how the meeting will be conducted and to develop targets and objectives. The group then moves to Red hat thinking, to collect opinions and reactions to the issue. This phase may also discuss constraints for the proposed solution, such as who will be affected by it.

Then the discussion might move to the Yellow hat to consider the benefits, then the Green hat to generate ideas and potential solutions. Discussion could then move to White hat thinking while information is considered and finally Black hat thinking to develop criticisms of the solution.

Or the group might plan the first few hats then the facilitator will see what seems to be the best direction to move.