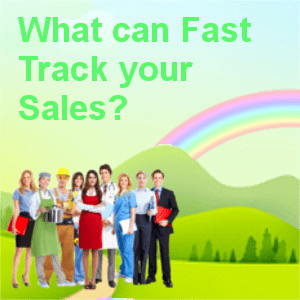 The London Sunday Times publishes an annual table of Britain’s private companies with the fastest growing sales. Virgin is the title sponsor of the Sunday Times Virgin Fast Track 100, other main sponsors are Barclays BDO and Business Growth Fund.

So what can we learn from this about successful Private companies? Richard Branson, founder of the Virgin Group wrote an article for the report in which he made a number of observations.

He said that going into business is not a smooth trajectory from start up to global brand , but is about overcoming endless challenges , and this is what makes it an adventure. We can identify a great businessperson by their ability to solve problems and buck trends, economic or otherwise.

He remarked that the World Economic Forum forecast trends for 2015 as;

And pointed out that this is a daunting prospect for a business person that doesn’t enjoy a challenge.

He says that his company, the Virgin Group has established itself as a challenger brand in the travel, telecoms, music and finance sectors, against a background of varied market conditions and economic and political difficulties. And the secret is to adapt and develop as needs must.

Branson name checked a couple of the fast track companies;-

Branson also discusses the use of crowdsourcing, saying it is no longer used just for niche products, but also used by larger, scalable businesses such as Fast Track Company Brew Dog. They have doubled sales every year since 2014, but were still struggling to secure conventional investment. Using a scheme called “Equity for Punks“, individual investors can purchase shares online. Brew Dog was one of the first companies in Europe to use this capital raising method, by which they have raised £7m, and the company now have bars from Sao Paulo to Stockholm.

Richard Branson goes on to talk about some of the challenges he himself faced in the early days when a postal strike threatened his start-up mail-order record business. In response he opened his first Virgin records store in London’s Oxford Street. From this start, he now has a dozen stores, and the world’s biggest independent record label.

He notes that another Fast Track company, Graze.com, encountered a similar problem in the US, with the national Postal Service taking 14 days to deliver its snack boxes. They used a combination of logistics technology, and calling a meeting with the postmaster general. Now 98% of deliveries are made in 2/3 working days. Sometimes, Branson comments, you just have to address the source of the problem directly.

He concludes by highlighting that these problems, overcome by entrepreneurs who have found creative ways to navigate problems and challenges, and turn problems into opportunities, are indicative of the behaviours that make companies successful,

He goes on to say that this takes great team spirit and builds camaraderie. This, he says is what sets great businesses apart from the others and puts them on the Fast Track.